Skyblue
A dance-music play for everyone between 0 and 2 years of age ...

Once in the sky and back… pushing off from the ground, jumping into the blue of the sky and landing gently on earth again… that’s what the three actors in the new play for the very young dream of. But they don’t stop at dreaming and think: Who could do such a thing? A ball that bounces on the ground and flies upwards, a human being that pushes off the ground and leaps into the air, the human voice that can bounce up and down in motion, a drumstick that bounces on the head of a drum. Barbara Fuchs, Karolina Rüegg and Tobias Liebezeit jump, fall, sing, make music, roll and play for children up to the age of two and their parents. In their concept, which is oriented towards the perception of the age group, form and colour become sound, sound becomes movement, physicality combines with sound and movement rhythm with musical rhythm.
With great joy in experimentation, the three artists explore “Skyblue” in all its facets, sometimes as a duo, sometimes as a soloist or as a trio: What does sky blue sound like? What is a round sound and what is a round movement? At the end of the imaginative play, the boundary to the stage falls and the little audience members are allowed to indulge their own urge to explore. A ball is not only a beautiful toy for adults, it is also a musical instrument and a connection to the sky.
The premiere of “Skyblue” took place on 12 November 2009 at the Tonhalle Düsseldorf. 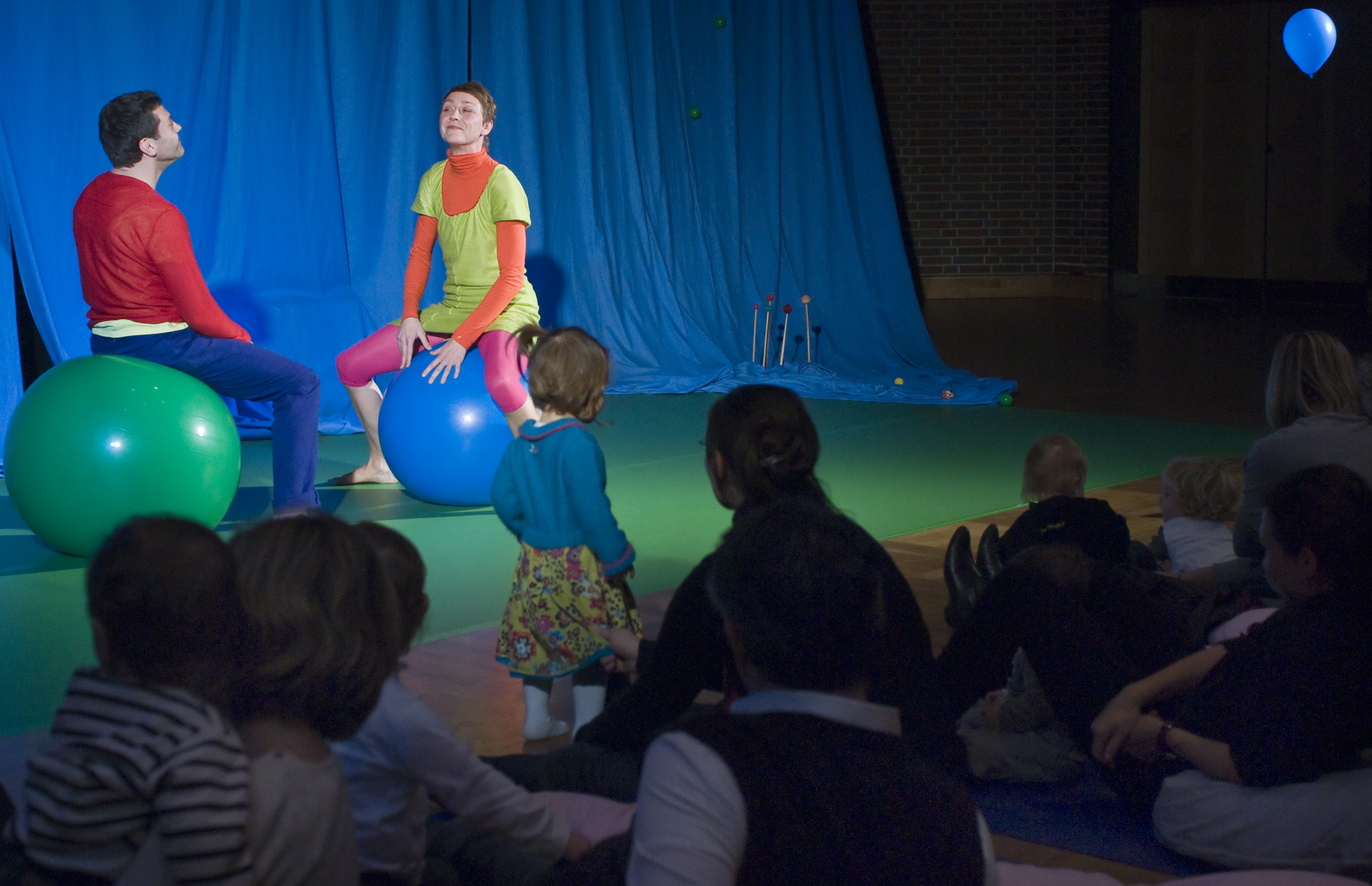 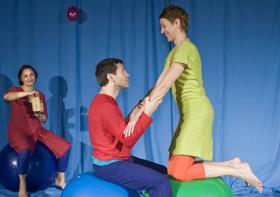