I push you – BOING! – and what do you do? You might just be able to keep your balance. Or you simply fall over. Or you bump into the next person with your body – BOING again!!! Three experimental actors discover the connection between cause and effect in a production about bumping into things, falling over and getting back up again. The premiere of “BOING!” took place on 30 January 2016 at the tjg theatre Dresden.

Since 2003, choreographer Barbara Fuchs has been developing productions at the interface between dance, acoustics and visual arts under the label “tanzfuchs PRODUKTION”. In addition to solo choreographies and collaborations with other artists, theatre for the very young has been the third focus of her work since 2009. 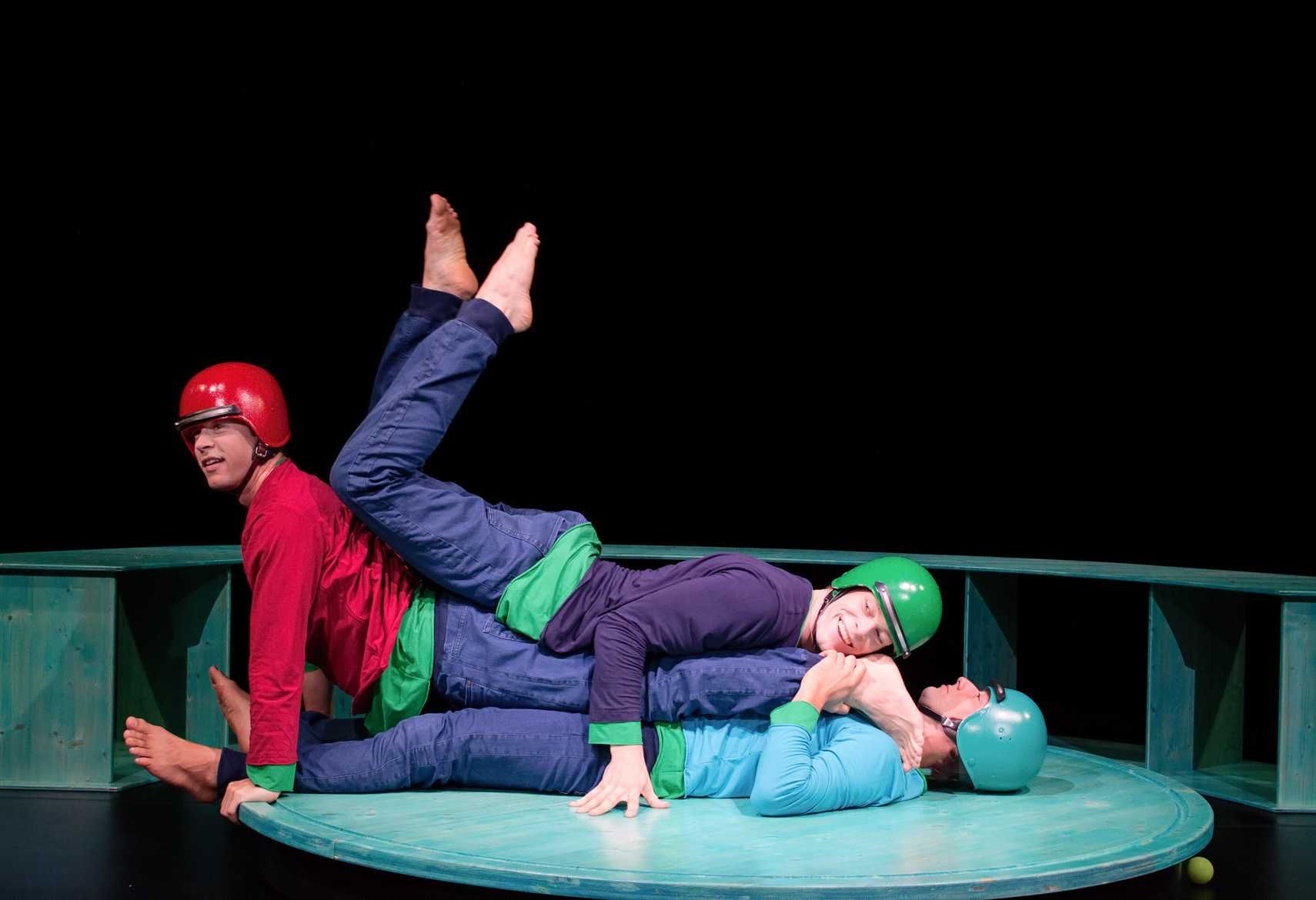